we started working on lapbooks about a week ago, finally they are complete! its about the prophet Muhammad (s.a.w), obviously it's impossible to cover everything about the prophet in one lapbook, so i picked bits of information that i thought that the children could remember and would be of interest to them. i wanted them to work together but my daughter wants everything of hers to be perfect, so she refused to work with her brother and wanted to do her own one, so i gave in.

this is the cover of my sons lapbook, he is six years old. 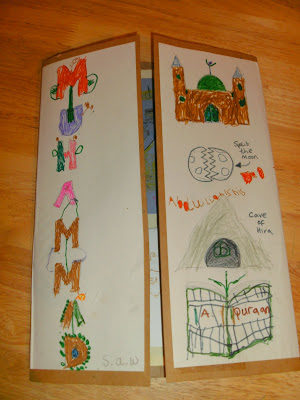 i tried to keep it as simple as possible and with as less writing as i physically could (or he would have been put off altogether). the big blue square has the names of the Prophet (saw) parents, grandfather and his foster mothers names in each flap. the white square in the top left corners is a list of words describing the prophet (saw), i.e. shepherd, illiterate, kind, generous etc. the little blue square in the top right corner is a little pop-up saying the prophet (saw) is the Al-Ameen (trustworthy). the blue paper with the picture of the kaa'bah is telling us that the prophet migrated from makkah to madinah. 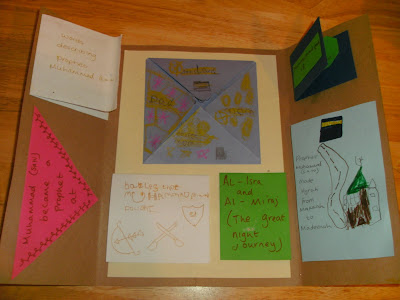 this list is of the prophets, that Muhammad (saw) met on his night journey, in the seven heavens. also the white flap has the names of some of the battles that the Prophet (saw) fought in. 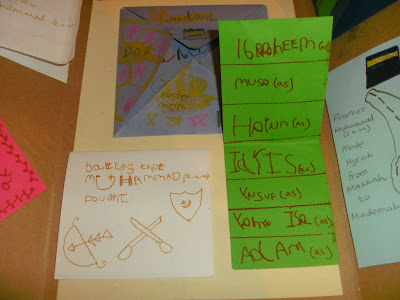 the pink flap tells us that Muhammad (saw) became a prophet at 40 years old. 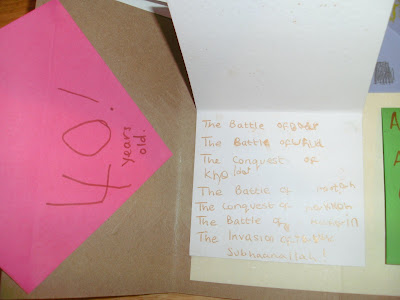 this the cover of my daughters lapbook, she is eight years old. 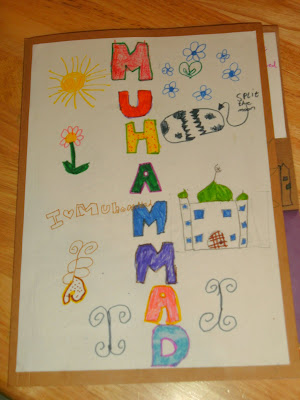 hers is a little more detailed than my sons. 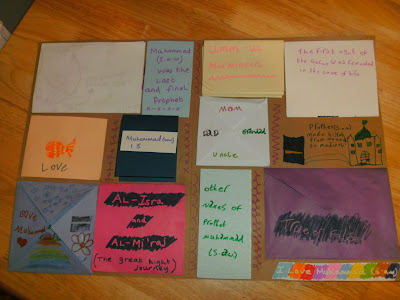 we start of every lapbook with a brainstorm, this time my daughter stuck her brainstorm into the lapbook. 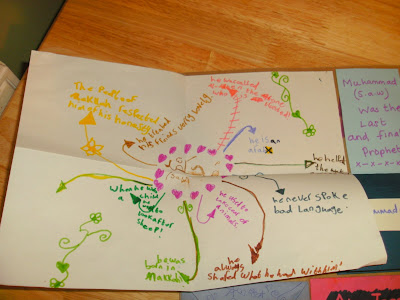 there is a flap with all the names of the Prophets (saw) wives. and a picture of cave Hira, where the Quran was first revealed, with a little bit of the verse written as well. 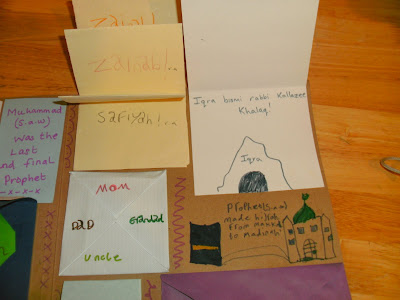 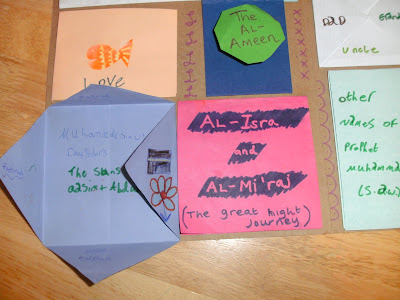 there is an envelope with some true or false questions, and a list of some other names of the Prophet (saw). 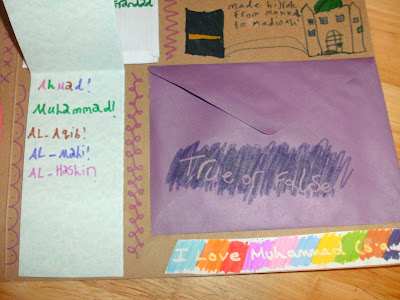 every part of the lapbook was followed with stories, descriptions, questions and answers, discussions. i also want to do a family tree of the prophet (saw), and maybe look into some of the miracles that he done (miracles always seem to get the kids excited). inshallah.

Minara
I'm a muslimmah (muslim woman), i'm a wife, a mother and teacher to my three beautiful children, and most importantly a servent of Allah. i have 1 daughter who is seven and two sons who are five and six months. i started homeschooling them in november 2008.